K.M. Munshi was born on 30 December 1887 in the town of Broach in Gujarat,and educated in Vadodara (Baroda), where he excelled in academics. One of his teachers at Baroda College was Sri Aurobindo Ghosh who had a profound impression on him. Munshi was also greatly influenced by Mahatma Gandhi, Sardar Patel, Bhulabhai Desai, and Mohammed Ali Jinnah. From 1912 – 13, he took part in the various activities of the Social Reform related with the Independence of India Home Rule Movement, Bordoli Satyagraha, Salt Satyagraha, Quit India Movement, etc.

After the Independence of India, Munshi was associated with the ad hoc Flag Committee that selected the flag of India in August 1947, and on the committee which drafted the Constitution of India under the chairmanship of B.R. Ambedkar.

Being a prolific writer and a conscientious journalist, Munshi started a Gujarati monthly called Bhargava. He was joint-editor of Young India and in 1954, started the Bhavan’s Journal which is published by the Bharatiya Vidya Bhavan to this day. Munshi was President of the Sanskrit Viswa Parisad, the Gujarati Sahitya Parishat, and the Hindi Sahitya Sammelan.

Besides being a politician, Munshi was also an environmentalist and educator. He initiated the Van Mahotsav in 1950, when he was Union Minister of Food and Agriculture, to increase area under forest cover. Since then, Van Mahotsav - a week long festival of tree plantation is organised every year in the month of July all across the country and lakhs of trees are planted.

The founding of Bhavan was based on the preservation and propagation of Bharatiya Sanskriti (Indian Culture) and Sanskrit, the mother of languages, the akshayapatra – the inexhaustible reservoir.

Bharatiya Vidya Bhavan is the only comprehensive organization of its kind in India and perhaps the only one in the world. With multi-dimensional programs devoted to life itself as it were, Bhavan’s large and growing extended family continues to grow. It steadfastly adheres to the Vedic ideal:

“Let noble thoughts come to us from every side.” 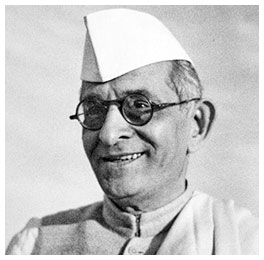