Shri Rajendra Kumar Saboo, Chairman, Bharatiya Vidya Bhavan, Chandigarh Kendra, is an eminent industrialist whose name features among the most respected in the city. He has been a dedicated Rotarian for years and has had the rare honour of holding the position of the president of Rotary International. A humanitarian in the true sense of the word, Mr. Saboo is the proud recipient of the highest civilian honour, the Padma Shree, which was conferred on him in 2006 by the then President of India, Dr. APJ Abdul Kalam for championing the cause of the less fortunate. An educationist to the core, Mr. Saboo has been dedicated to the promotion of educational excellence in the region for several years. And for us at Bhavan, he has always been a pillar of strength and has been encouraging and supporting us in all our ventures. It is due to his vision and relentless endeavours towards promoting educational causes, that today Bhavan Vidyalaya Chandigarh stands tall as one of the most prestigious educational institutes in this region. 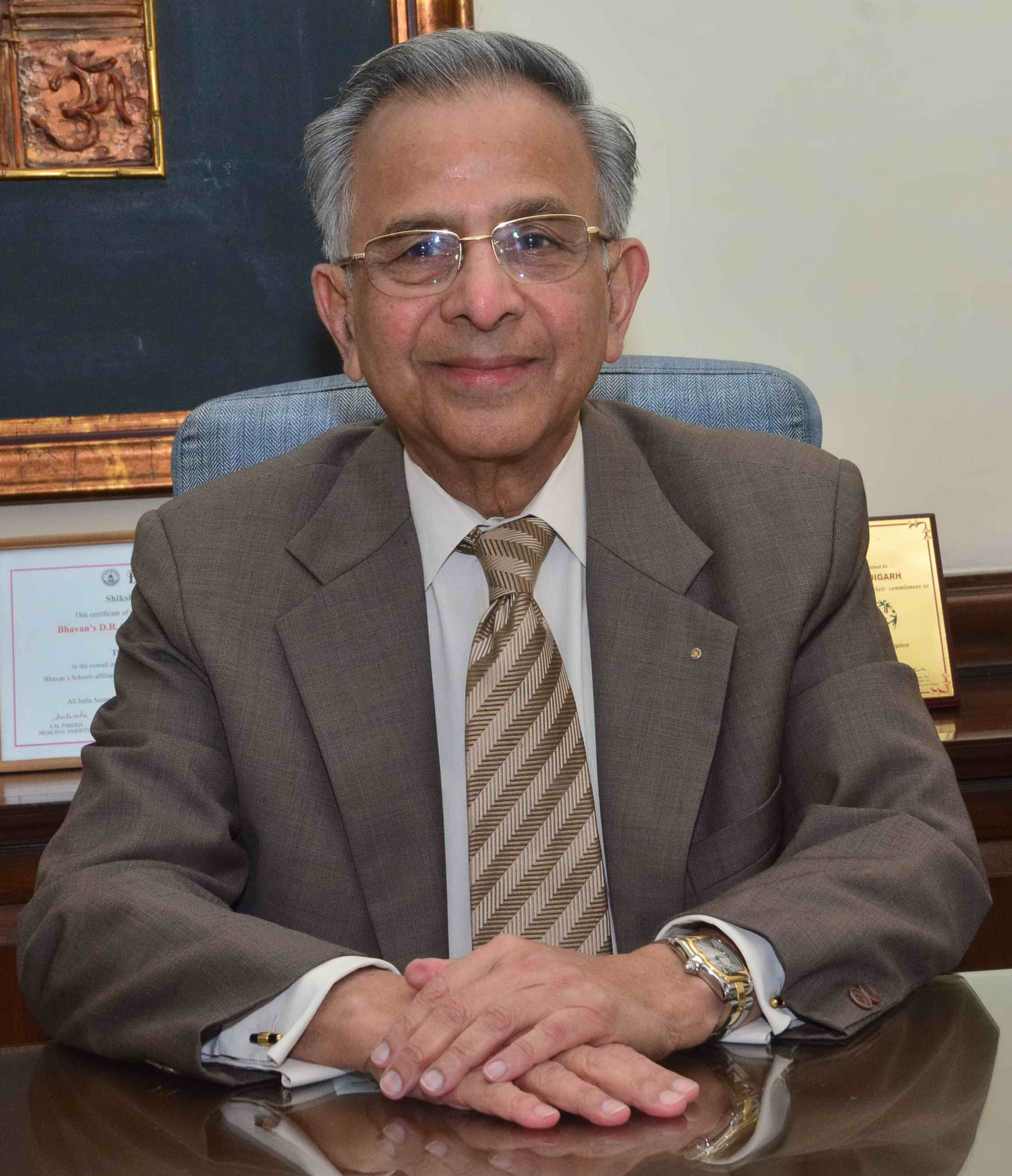